Canadian Flag Activity for the Felt Board

Kids can learn about Canada and the Canadian flag with a simple felt board flag activity. Discover the country and celebrate Canada Day with this hands-on activity that supports fun and learning for kids in preschool and kindergarten. 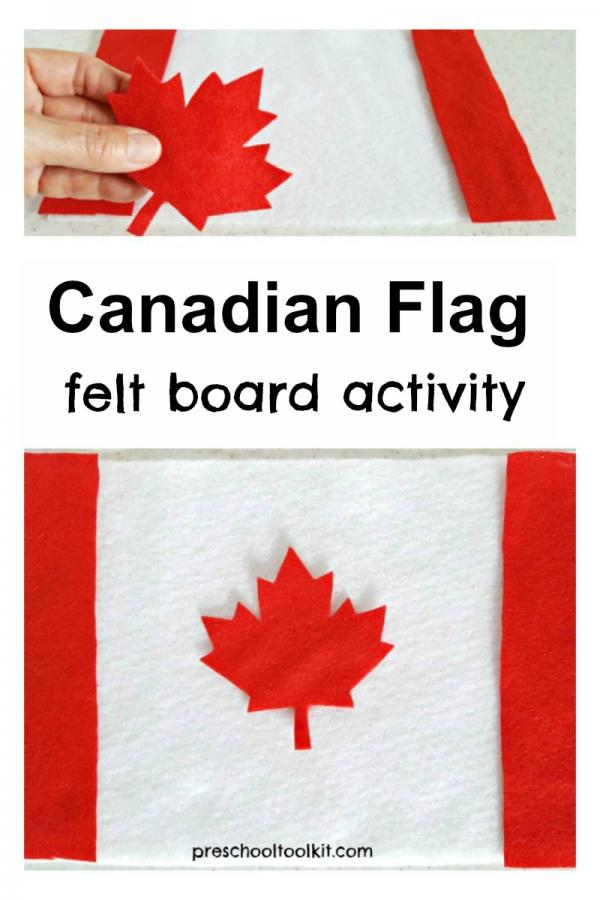 Felt shapes on the felt board provide a fun way to introduce a flag activity to early learners. While this post is about the Canadian flag, you can easily adapt the activity to flags of other countries.

Begin a study of Canada with books about the country and a bit of history of the flag.

History of the flag

A flag is generally considered a symbol of a nation's unity. The Canadian flag went through several design changes over a period of 400 years

The red maple leaf was recommended as early as 1919 but it was not until 1964 under Prime Minister Lester B. Pearson that the flag became a reality, with the red and white design we see today. It was officially inaugurated on February 15, 1965.

Source: History of the Canadian Flag

The Canadian flag has only two colors, and includes a decorative leaf, so it's easy for kids to identify and create. You can make a flag for the felt board with four pieces of felt that kids can use over and over. 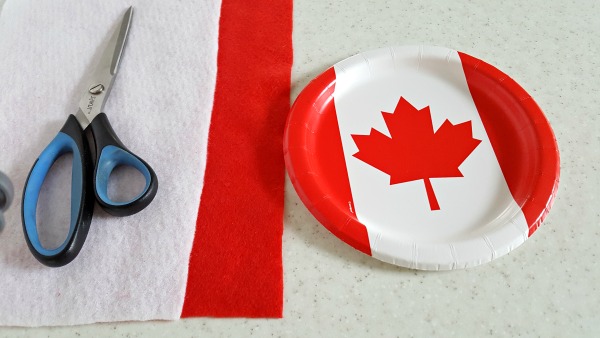 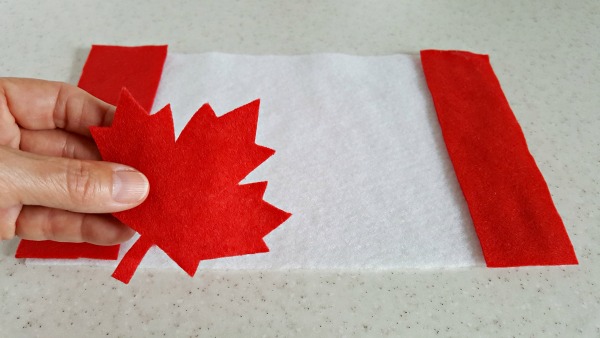 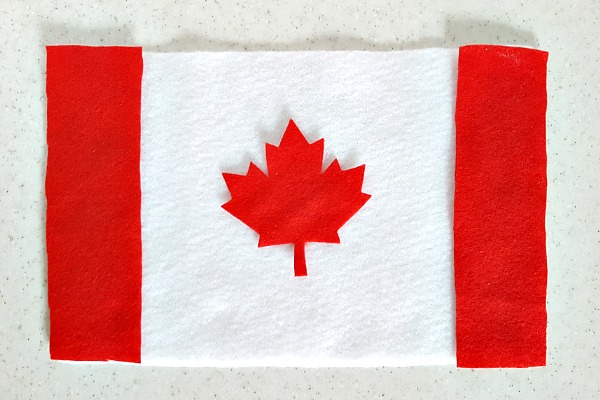 4. Arrange the pieces on the white base as shown to form the Canadian flag.

Introduce a Canadian flag activity to kids in the days leading up to Canada Day.

Leave the felt pieces on the felt board at home or in the classroom for kids to engage with, to support learning about the flag and its design. 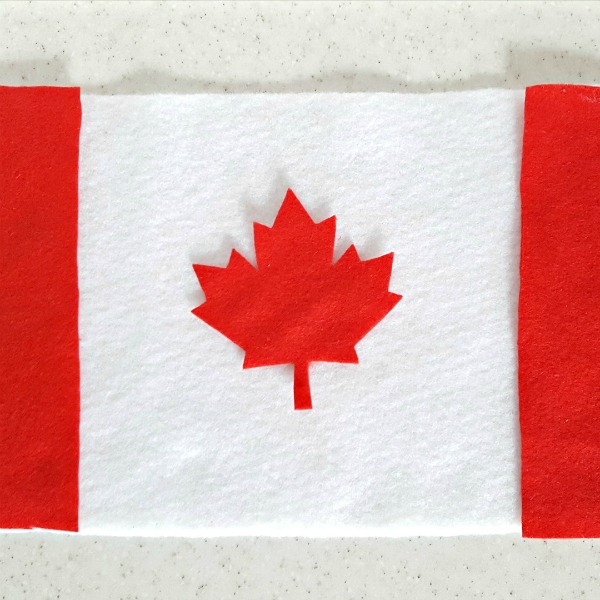