Combine science and art in this hands-on dinosaur shadows activity. In this activity, kids experiment with making dinosaur shadows, then transform them into playful characters. How loud can your dinosaur roar? 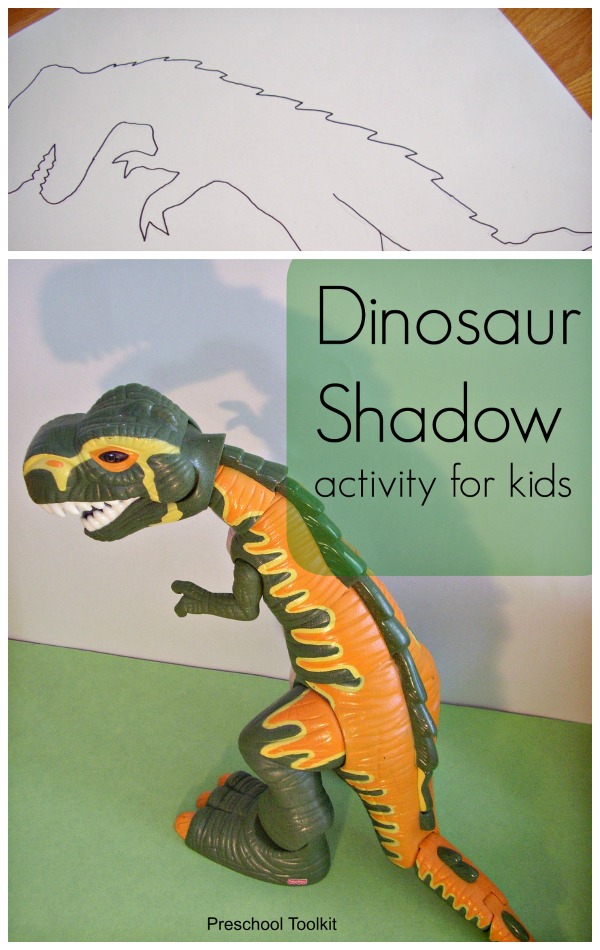 This dinosaur activity was inspired by the popular children's book Dinosaur Roar!.

by Paul and Henrietta Stickland

This is a wonderful book of opposites, with large, colorful pictures of dinosaurs. Despite the differences in their sizes and shapes, all the dinosaurs have one thing in common - they love to munch and crunch!

Dinosaur figures can be used in different ways for promoting imaginative play.

I used Tyrannosaurus Rex for this activity, but you can use whatever dinosaur figure you have on hand.

How to set up a shadow activity 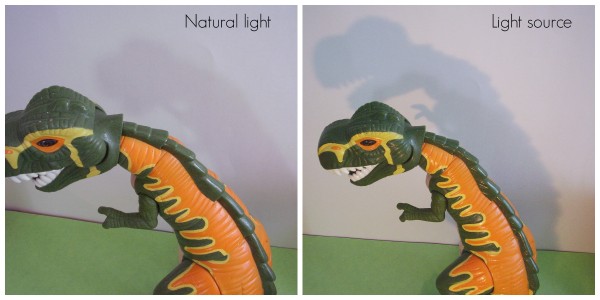 The collage above illustrates the difference between natural light and using a light source.

As you can see, the shadow is clearer with a light source directed at the dinosaur.

Set a lamp or flashlight on the floor or on a table in front of the dinosaur. This will serve as a light source. 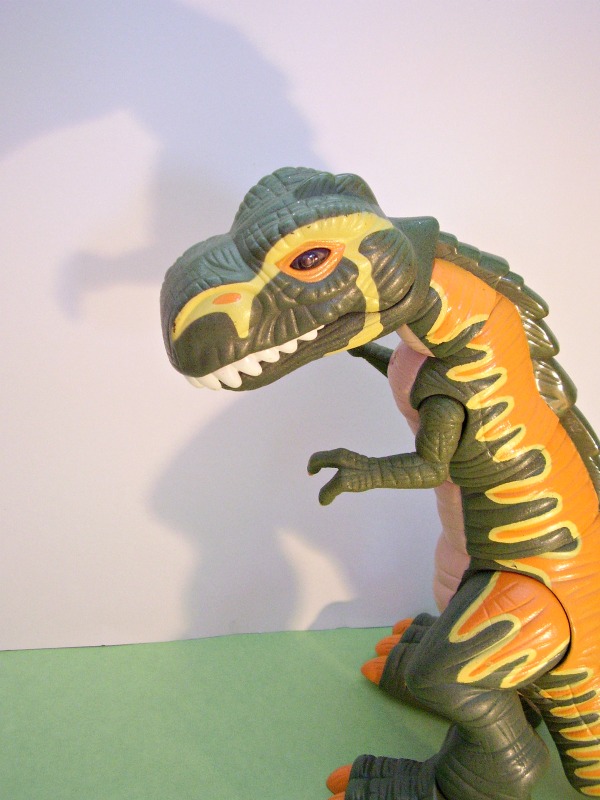 You will have to sketch the feet later if they do not show up well. 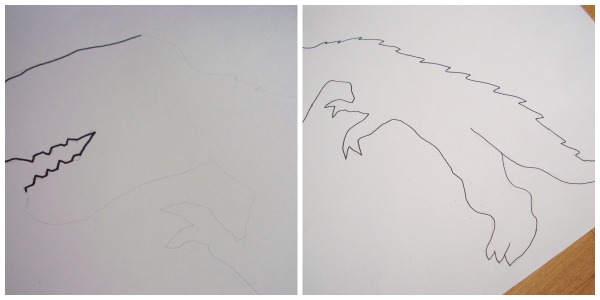 Tape a piece of white poster board behind the dinosaur.

Trace the shadow onto the 22 x 28 inch poster board with a pencil.

Remove the poster board and highlight with black marker.

The way my dinosaur was positioned, the legs were cast as one shadow. With your child, observe and discuss the position of the dinosaur in relation to the shadow cast. Of course, the language you use will depend on your child's interest and skill level.

The goal is to make it a fun activity! 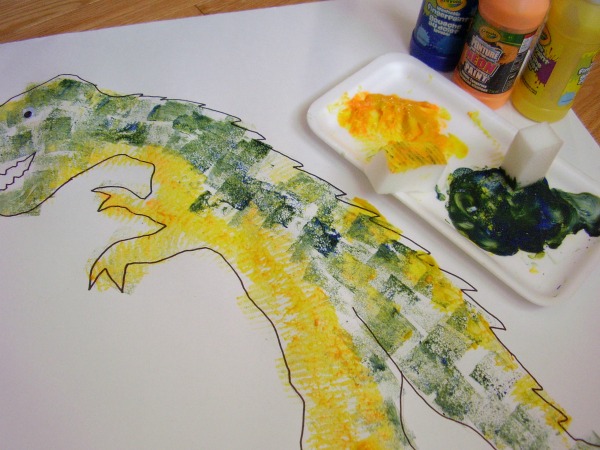 Cut pieces from chair foam to make paint stamps for painting the dinosaur.

We mixed yellow and blue paint to make green. We didn't have a lot of yellow paint so we mixed some orange with the remaining yellow.

Create a new species with colorful patterns and designs!

When the paint is dry, cut out the dinosaur for pretend play! 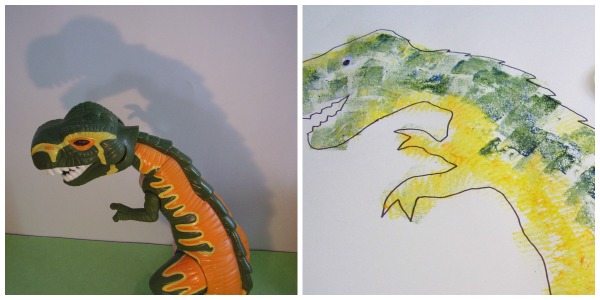 Exploring the science of shadows

Enjoy the book and the awesome pretend play with this fun science and art activity,

How loud can your dinosaur roar?

We use cookies to make interactions with our website and services easy and meaningful. By continuing to use this site you are giving us your consent to do this.